On the internet, everything lives forever. Including a blog post we published 6 years ago about the future of retail.

Back then, e-commerce was very much on the rise, and the future of brick-and-mortar retailers was uncertain. We wondered where the future of retail was headed, given the way technology was transforming shopping behaviours and consumer expectations.

As the saying goes, it’s difficult to make predictions, especially about the future — and that’s certainly true when it comes to business. Consumer behaviour was changing and new technologies were driving massive disruptions in traditional business models.

But a lot can happen in 6 years. So in this post, I thought I’d take a look at what we predicted back then and see how “the future” has measured up.

Trying to Predict the Future

When we wrote about Walmart and Amazon back in 2013, we focused on how the competition between online and offline retail was then playing out. But we also noted where things seemed to heading — namely, that Amazon was leveraging technology and changing shopping behaviour among consumers.

As it turns out, the looming showdown between Walmart and Amazon was fairly representative of the converging trends in the retail market. It wasn’t so much about which company was “better at business” as it was about new technology and capitalizing on changing consumer demands.

Looking back, I have to admit, we were a little skeptical about Amazon’s prospects. We speculated that they were spreading themselves a little thin by “fragmenting” into other areas like Amazon Prime Video, and we even implied that Netflix was going out of business for lack of original content (oy!). While acknowledging the breadth of products sold by Amazon, we thought their branding was weak and suffered in comparison to the loyalty that Walmart could command from its customers. Overall, we pegged Amazon as the underdog.

My, how things can change.

What We Got Right

We didn’t have a crystal ball back in 2013, but some retail trends were unmistakable. Here are a couple of the major themes we got right.

It was pretty clear back in 2013 that e-commerce was changing the retail game. The U.S. Department of Commerce had estimated the value of total ecommerce retail sales in 2012 at $225.5 billion dollars — an increase of 15.8 % from the previous year.

But that’s not to say that brick-and-mortar retail stores are dead — far from it.

Many internet retailers have recognized that a brick-and-mortar platform is essential to minimizing the costs of returns, delivery and marketing. Big-name retailers like Walmart and Target offer online shopping with in-store pickup, and brick-and-mortar stores also make returns or exchanges of goods purchased online much easier.

In fact, as Walmart continued to invest in its online platform, Amazon started looking to get a footprint in the offline world, most notably with its acquisition of high-end grocery chain Whole Foods, including its 450 physical store locations, for $13.7 billion in 2017.

In-store shopping is still alive and well, which means that in-store marketing still has a strong role to play in grabbing customer attention and converting it into a sale.

The Customer Is Always Right

The other emerging theme that was coming front and center was changing customer behaviour. E-commerce (and the internet) put so much information in the hands of shoppers before they made a purchase that retailers couldn’t just compete on price alone anymore.

Amazon’s model was extremely attractive to busy consumers: Not only were prices generally lower (thanks to lower overhead costs), but shipping was fast and reliable.

Walmart — a company that had always undercut its competitors on price — suddenly found itself facing a rival on a different playing field. In a strategic move, Walmart acquired Jet.com in 2016 for $3.3 billion, and then used the e-commerce site for their own online shopping strategy. According to Jet.com’s CEO, it was critical to build an “emotional connection” with customers, rather than one that was purely transactional.

That sounds like they were taking a page out of Amazon’s playbook. Amazon CEO Jeff Bezos is on the record as saying he favours “customer obsession instead of competitor obsession” as a core part of Amazon’s business strategy. Customer-centricity has served Amazon very well, and looks to be a continuing driving force in the retail titan’s future growth.

What We Didn’t See Coming

We weren’t right about everything. Leaving aside the fact that we wondered whether Walmart would collapse under its own weight (it didn’t), or if QR codes and SMS texts would play a dominant role in retailing (they haven’t), there are a couple of big developments in retail that we didn’t foresee.

Here are some of the trends we missed:

The emergence of Direct-to-Consumer (DTC) brands — again, made possible through technology — has further disrupted the retail landscape, and given consumers a personalized experience that no big box store ever could.

These companies build, market, sell, and ship products directly to buyers, without any middlemen. From mattresses to custom furniture to razors, DTC brands are disrupting traditional retail markets the way the advent of e-commerce did.

In addition to convenience and quality, DTC brands are capitalizing on that all-important macro-trend of customer experience. And many of them are winning.

We’re accustomed to seeing rivals in a retail space differentiate themselves from the competition in a variety of ways: lower prices, higher quality, faster service, and so on. And those are all legitimate ways for a business to set itself apart.

But what if you can’t “cut your way to growth”? What if the best way to beat the competition is actually to expand?

This is one of the roads that some of the bigger retailers have taken. Rather than just stock and resell products from other big-name brands and CPG manufacturers, several retail giants have put more skin in the game.

In addition to buying up smaller brands (like Walmart’s acquisition of Bonobos, the men’s wear company, as well as the online retailer Bare Necessities), some larger retailers have introduced their own private label brands for a whole range of products. From groceries to pet supplies, to furniture, these retailers are launching their own brands to stake out a competitive position against other players in the same space.

It’s a good strategy. According to a recent Nielsen report, sales of private label goods have begun to outpace that of national brands. In fact, by the end of 2017, their sales were growing three times faster than those of branded products, specially since customers can get a lot more discounts on these products by simply going to https://www.raise.com/coupons/walmart. Some of that growth likely comes from so-called premium private label brands, but the trend is unmistakable.

The Verdict’s Not in Yet

We started that 2013 blog post with a question: Where is retailing headed? Although we have some answers, it’s a question we can still legitimately ask today.

Technology and rising consumer expectations are still driving change. DTC brands and private label goods are also putting the squeeze on incumbent players — including CPG manufacturers — as everyone competes for customer dollars and loyalty.

What does that mean for product packaging and in-store marketing? They remain as important as ever. At the end of the day, the ultimate customer experience is the one they have with your product and your brand. The pre-sale interaction may be a little different, and that’s why CPG companies need to keep innovating on their packaging, POP displays, and promotions.

And whichever way this retail battle goes, there will be one clear winner: the customer.

If you’d like to discuss innovative packaging and POP solutions further, I’d love to chat — get in touch with Ravenshoe Group today. 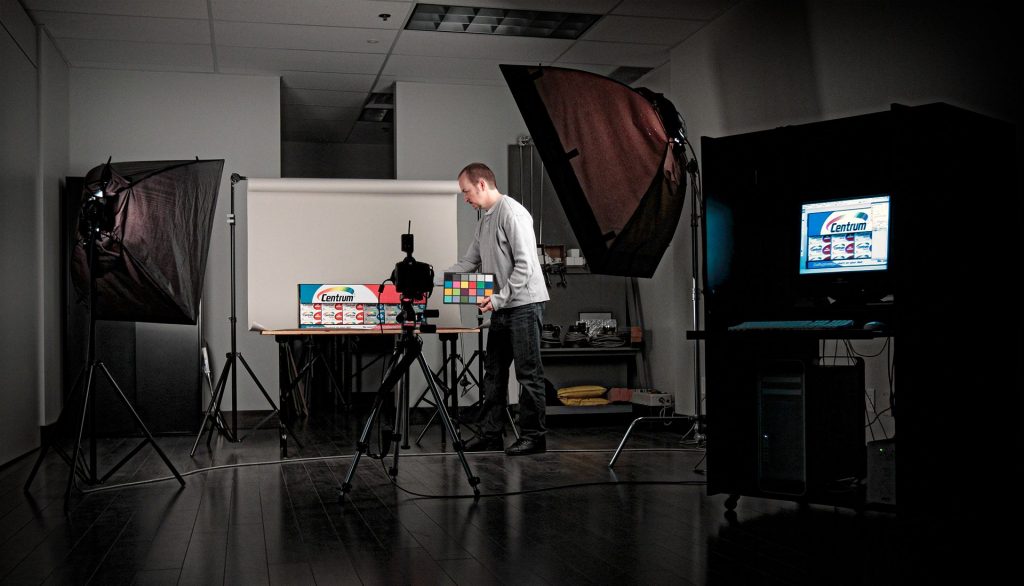 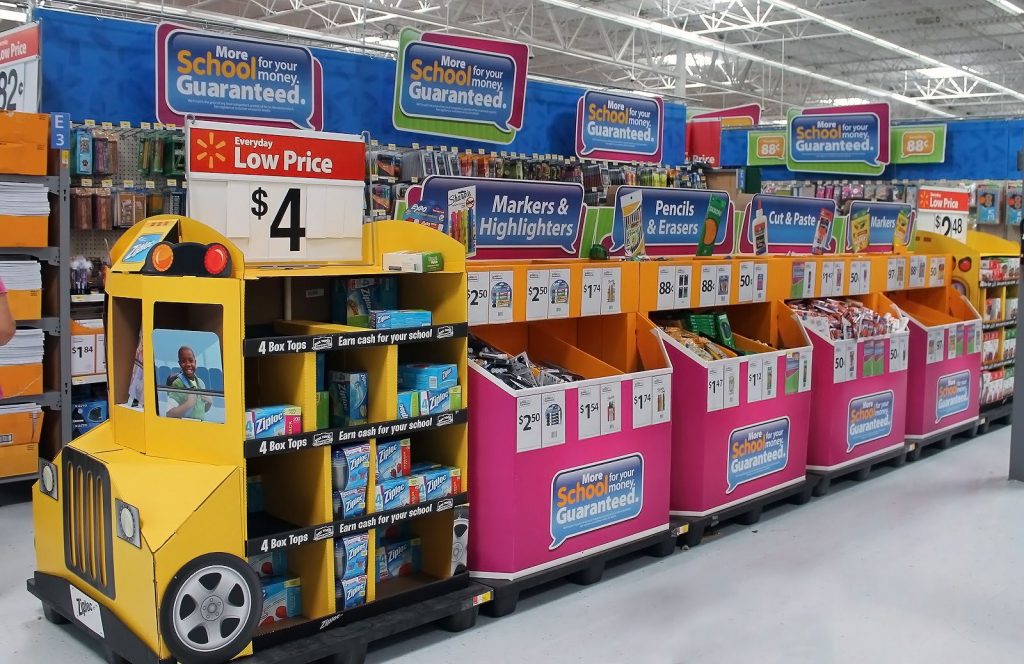 CPG Innovation: Why Your Point-of-Purchase Displays Are Your Secret Weapon 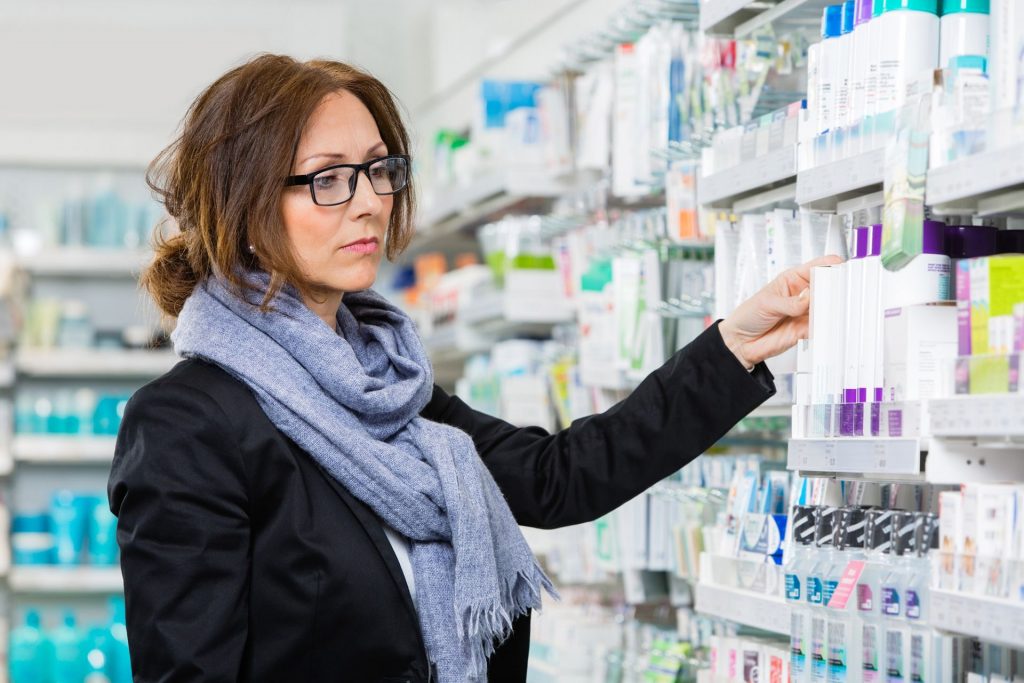 The Display Collapsed Like a House of Cards — and I couldn’t help but laugh!